We have attained independent land Bangladesh at the paramount cost of millions of invaluable lives. One of the biggest and most heart rendering genocide in the world history took place in our unfortunate mother land. The erstwhile autocratic and cruel Pakistani rulers, their military forces along with their local agents and collaborators namely RAZAKAR, AL-BADRE, AL-SAMS were responsible for this terrible massacre. Since the terrible dark night of march 1971 the jewel of intellectual society and innumerable people of Bangladesh, too fell helpless of such brutal cruelty.

People all walk of life of this land at the call of great leader Banga Bandhu Sheikh Majibur Rahman came down to fight against military force of Pakistan. War of liberation started. The war territory of Bangladesh were divided into 11 (eleven) sectors. Each sector was controlled by a sector commander. The honorable sector  commanders and their areas of operation  are as follows :-

Apart from above 11 (eleven) sectors following  3(three) forces were constituted:-

Moreover there were 6 (six) BAHINEES(groups)as follows:-

Colonel  M.A.G.Osmani led the liberation war. Fifteen million armed freedom fighters took part in the liberation war. Eight million were recruited by 35 youth training centre under the supervision of Mujib Nagar Government in India. Many of valiant and heroic  freedom fighters sacrificed their lives, innumerable were injured and many of whom lost their limbs for ever.

The heroic performance of the freedom fighter were graded in 4 categories with different titles . These are Bir-shresta, Bir-Uttam, Bir-bikram and Bir-pratik. Bir-shresta the most prestigious title is awarded among 7(seven) martyred freedom fighters. They are:-

Just before the end of liberation war the collaborators of Pakistani army namely RAZAKAR, AL-BADRE, AL-SAMS choose the brilliant and intellectuals of the country and extinguished their valuable lives with devilish cruelty ever heard and seen anywhere. Among them there were educationists, literateurs, journalists, politicians, musicians,   renowned businessmen and other important personalities.

To commemorate the pride and glory of liberation war several monuments, sculptures, statue were built throughout the country, Among those National Memorial at savar, Aparajoy Bangla at university of dhaka, Mass Burial spot at jagannath hall of dhaka university,  killing spot memorial at Royer Bazar dhaka, Shikha Anirban at  Race Course Maidan Dhaka, declaration of liberation from Kalurghat betar kendra at chittagong are remarkable.

Bangladesh Freedom Fighters’ Welfare Trust ( BFFWT ) as a corporate body  was established In the year 1972  under the president order 94 for the welfare and rehabilitation of  the war injured freedom fighters and martyred families. BFFWT was firstly  under the control of ministry of Relief and Rehabilitation up to 04/04/1982 , thereafter it was under ministry of defense up to 22/10/2001. Now it has been being controlled by ministry of liberation war affairs since 23/10/2001.

Board of trustees (BOT) is the supreme authority of BFFWT. All decisions taken by BOT are implemented by the managing director of BFFWT. There are four divisions ( i-Welfare, ii-Industry, iii-Finance and iv-Administration) in BFFWT. Deputy secretary label officers are posted on deputation by  the government  as the Director of each division. Managing director of BFFWT perform all activities with the help of four directors. BFFWT is run under the guidance and direction of  the Executive Committee and Board of Trustees. Now management committee is not  active 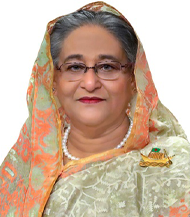 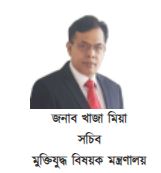